Written by By Lillian Rose, CNN Mickey Guyton is back in Los Angeles after an emotional week that saw her up for Grammys for Best New Artist and Best Gospel Performance. Since the nominations… 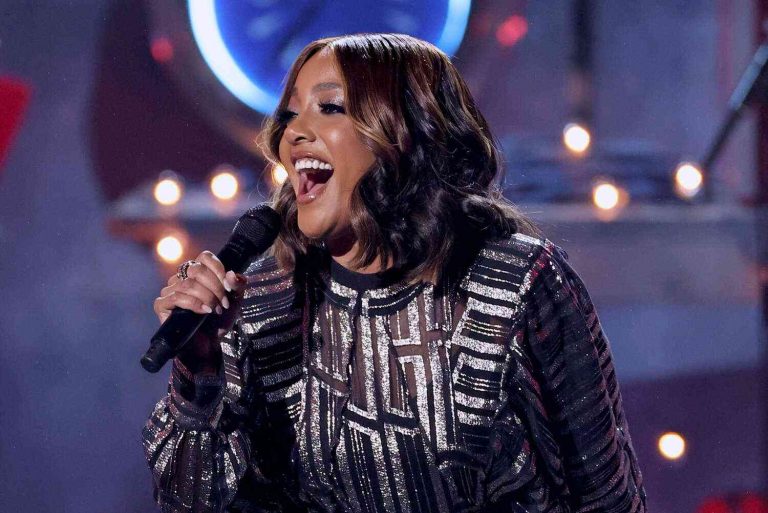 Written by By Lillian Rose, CNN

Mickey Guyton is back in Los Angeles after an emotional week that saw her up for Grammys for Best New Artist and Best Gospel Performance.

Since the nominations announcement last year, Guyton — a classic gospel singer who describes herself as self-described “gospel-influenced” pop-country — has spoken openly about how nervous she felt.

“I was shaking when I got the nomination because it had never happened before,” she told CNN. “I did go to the Grammy Museum with my mom to watch the announcement. I just cried my eyes out!

With her Grammy nominations, Guyton not only delivered another nail-biting moment in the Grammys, which has provided an increasingly sparkly curtain for music acts who seek to make a name beyond their evangelical core fanbase — as well as a new audience for what’s become a now-common theme in modern pop music, which the more mainstream awards are elbowing in the way to see: the rousing story, the uplifting moments, the complete mix of musical styles and stories.

With one of Guyton’s first albums, 2012’s “Hello,” an explicitly album about the audience’s perception of her, she captures audiences with several costume changes that display her talent for fitting in her own brand of music while giving ’60s girl groups like the Drifters and the Supremes a run for their money.

As she took to the Grammys stage Saturday, she proved true to the gospel her family came from with her resilience in the face of adversity, performing “The Women Who Moved the World” with live-concert legend O’Banion — but also in a deeply moving moment, accompanying “Stronger” by Jason Mraz on a guitar that looked like the kind of guitar you’d hear onstage in a gospel church and can make an expressionist expressionist statement, combined with candor.

For Guyton, the Grammys and the performances are about giving to God — but also for expressing her talent through her art.

“I’m a mother of two and I’m pregnant and I never thought my in-laws would forgive me,” she said. “I haven’t had a good relationship with my father-in-law in a while and I really wanted to show him that the Grammy nominations meant something. And the best thing about it is that it’s for music. That’s what it’s really about.”