Despite a sharp protest by the United States and concerns by many members of the Organization of American States, Nicaraguan voters in Sunday’s national elections approved Nicaraguan President Daniel Ortega’s reelection bid. In a… 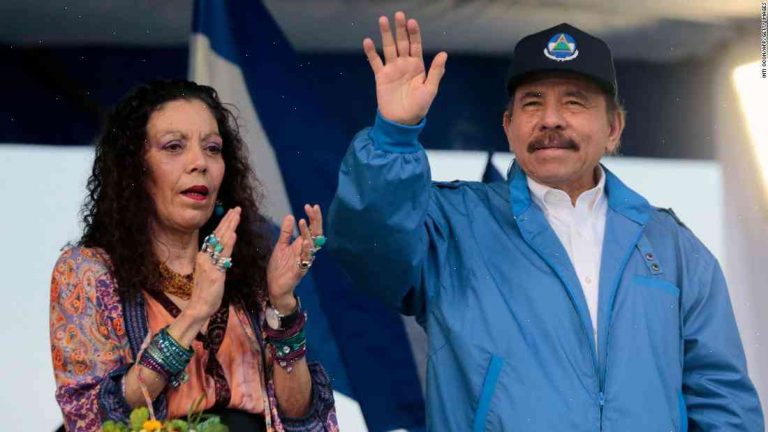 Despite a sharp protest by the United States and concerns by many members of the Organization of American States, Nicaraguan voters in Sunday’s national elections approved Nicaraguan President Daniel Ortega’s reelection bid. In a country riven by violent battles between elite-backed security forces and protesters who accused the regime of cracking down on free speech and reneging on long-promised political reforms, a number of other observers said that President Ortega’s strong showing was to be expected.

Although there were no nationwide runoffs to be held this year, the dual vote count did not reflect the potential result. Nicaragua’s National Electoral Institute (INE) in charge of reporting the vote counts had chosen not to reveal a clear winner. At the same time, electoral authorities in another part of the country had reported Ortega had failed to secure 50 percent of the vote, and therefore was ineligible to run for a fourth consecutive term.

Ortega has justified his re-election by saying that his rival, Liberal Party candidate Arnoldo Alemán, did not meet the constitutional requirements for a third consecutive term, but Alemán said that his own challenges as he passed the maximum amount of presidential terms did not make him a hypocrite for not running again.

“I am a democrat,” Alemán told reporters earlier this week, but he added that he may be “a victim of electoral politics” and said he would not run again in future elections. “An electoral procedure is transparent, and we need to apply the most democratic practices.”

But there was little academic testing of the latter claim in Sunday’s elections. While Ortega managed to avoid a runoff, an estimated 80 people were killed across the country by security forces during four months of violence, according to the Nicaraguan Human Rights Commission. And violence continued on Sunday, as two police officers and one opposition candidate were gunned down by demonstrators.

The clashes also threatened to overshadow Ortega’s re-election hopes. On Saturday, Nicaragua’s Roman Catholic Church joined many international organizations in issuing a statement calling for peace and respect of the electoral process.

For the opposition, Ortega’s victory earned widespread condemnation, as did the ruling Sandinista National Liberation Front’s reaction to the violence. “We condemn the acts of violence that hit Nicaragua this past week and the refusal to respect the outcome of the election,” said Sandinista congressman Jose Raul Hernandez, noting that several major news organizations, including CNN, were intentionally biased in favor of Ortega and the government.

A number of Nicaraguans told The Associated Press on Saturday that they thought Ortega’s challenger lacked the fortitude to adequately resist his regime. After leaving power in 1990, Nicaragua experienced three national elections in which Ortega’s FSLN party won with significant majorities but unable to form a governing coalition for more than a decade. Ortega gained popular support as the Sandinistas gained more control over key security services, allowing him to exert greater influence over the country.

In Nicaragua, as he sought re-election, Ortega’s re-election appeared to have been a quest to win a fifth term in office. In May, popular cultural figure Rosario Murillo described how Ortega and his wife, Vice President Maria Elena Bonilla, would seek to preserve the country’s egalitarian and socialist values if re-elected. “Our legacy is a legacy of the people. Without truth and without dignity, what are we?,” Murillo said, using a catchphrase coined by the couple for their hardline platform.

For Murillo, the imposition of authoritarianism was difficult to resist in such a place. “The most serious threat was the attempt to impose the doctrine of hierarchy,” she said.

Read the full story at The Associated Press.

Ortega’s return to Nicaraguan presidency ‘will not stabilize the country’