How does it feel to be an Indigenous chef running a high-end seafood restaurant in the UK? We asked two young African-American women just beginning to make their mark in the culinary world to… 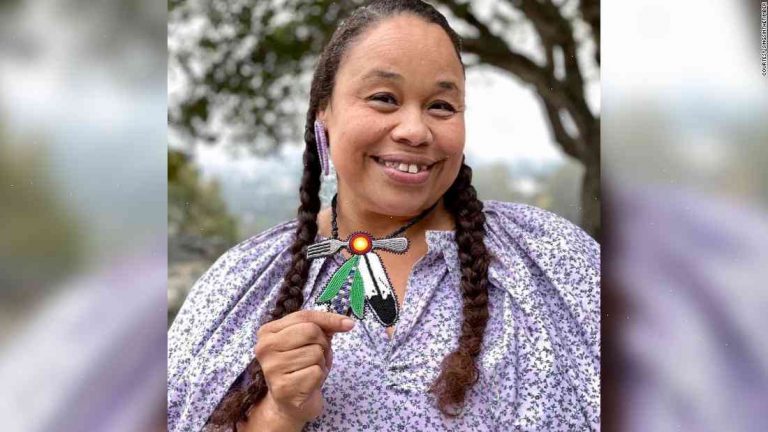 How does it feel to be an Indigenous chef running a high-end seafood restaurant in the UK? We asked two young African-American women just beginning to make their mark in the culinary world to find out

How does it feel to be an Indigenous chef running a high-end seafood restaurant in the UK? We asked two young African-American women just beginning to make their mark in the culinary world to find out

We needed to be genuine. We had to have the same level of approach. That way we got to work with the chefs who wanted us.

Fukuo came about organically. I got in contact with one of my best friends [additional partner Tajia Watts]. She works for a regional company and she was looking for an agency to start working on multicultural brands. We were both running two different businesses with our own chefs; we decided to combine our strengths into a common brand. The business has been really good so far.

As an Indigenous chef, it’s a little bit harder because you don’t have that training. I met some of the chefs who were in trouble and I really wanted to do something to help them. We meet at a one-day boot camp for Indigenous chefs. I tell the chefs that instead of going to business school they need to go to culinary school – it’s a whole different curriculum.

I didn’t know anything about sustainable seafood. During trips to Togo, the origins of fried fish was in the night market – people would walk from one end of the river, past the old wooden bar and into the market to get fresh fish.

As a youth, I really didn’t have a voice. I was fed the message that I wasn’t good enough and shouldn’t be very ambitious for anything. It didn’t matter what you knew – that was the message. We had to maintain ourselves and forget about a lot of black pain.

I wasn’t looking to be a chef or anything. There was no progression for us, we had to grind and keep getting on. The food industry is very cutthroat – it is a tough industry and I learned a lot from the way the elite chefs operate.

At any moment you can be called a homeless person

This industry is a microcosm of the world. You can be in trouble with a restaurant. You have to be very strong and self-sufficient. You don’t have a lot of privilege or support, so you have to ensure your business doesn’t eat itself alive.

I always pictured myself getting into a positive profession and I didn’t imagine that would be making money as a chef.

Fish and chips, like all food, are a product of humans – it would be hard to live without it and see what the fish does for us.

I don’t have a “journey” to follow – the journey is for me. And at any moment you can be called a homeless person. I know a guy who was kicked out of his house and he didn’t have a job; now he is homeless. I was able to be able to find my feet so I understand how hard it can be.

The future of Native American chefs

There is a big future for Native American chefs. We are in a partnership with them to teach them how to run their businesses and be economically successful with the food industry. We want to empower them, give them money and resources to support their communities.

They have always served White people in their restaurants and we are trying to make them more diverse. There was a time when we could only smoke our own meats and smoke our own dried beans – they are now big businesses and we get a lot of American beans, in fact a lot of the food in the US is White owned. A lot of work has to be done for them.

It’s a partnership with a strong goal: they are interested in going global and doing business in the world. What was happening in 2015-16, there was a large Black kitchen going through a difficult time. Now they are way more diverse and a lot of diversity in the chefs on staff.

Recalled US toys that could have hurt your child