Secretary of State Mike Pompeo said Friday that President Omar al-Bashir of Sudan has to answer questions on allegations of war crimes, crimes against humanity and other atrocities in Darfur, one of the latest… 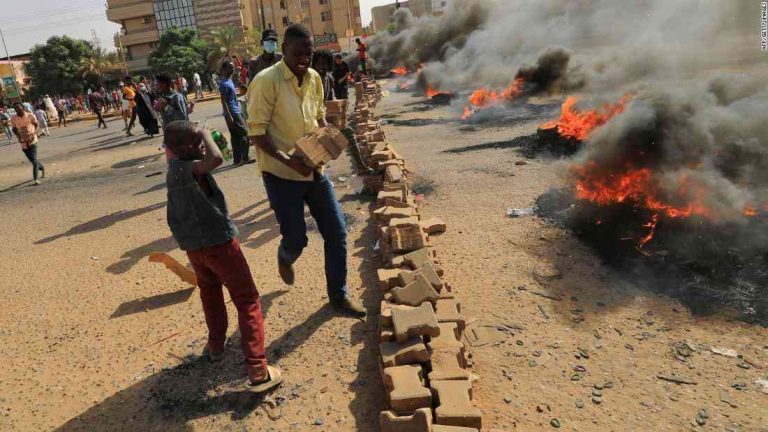 Secretary of State Mike Pompeo said Friday that President Omar al-Bashir of Sudan has to answer questions on allegations of war crimes, crimes against humanity and other atrocities in Darfur, one of the latest efforts by the U.S. to use economic sanctions to pressure the country.

Pompeo also announced that President Donald Trump has agreed to restore sales of military weapons to the country and make the nation an associate of the U.S. Southern Command.

Here’s more on the Sudan situation.

“I’m giving the president a choice: He can either waive these sanctions, which is a clear signal, and continue this strategy, or he can cancel them,” Pompeo said. “And then in June of this year, the president can decide to increase them further if the situation does not change.”

A spokeswoman for the State Department did not immediately respond to a request for information about the sales to Sudan and on the status of diplomatic relations.

Pompeo said Trump is directing the U.S. to work “in a unified fashion” with the African Union to use the sanctions pressure on Sudan.

“Sudan, as you know, last year was on the Secretary of State’s list of state sponsors of terrorism. But we took actions in a unified fashion with the African Union and our European allies to isolate them,” Pompeo said. “After 12 years of violence and mass atrocities in Darfur, it is time to impose credible, cost-effective, sustained economic and diplomatic pressure on Sudan in order to help bring lasting peace and stability to that part of the world.”

Pompeo said the U.S. is in discussions with Sudanese government officials about enhanced aid programs.

A senior State Department official said on a conference call following Pompeo’s announcement that there is no more chance that the country will meet the requirements of the International Criminal Court.

“We’ve put forward two separate sets of proposals with an eye toward securing full compliance with the ICC’s operational procedures,” the official said. “We look forward to engaging with Sudanese counterparts in a mutually respectful and productive way to see if a resolution can be reached.”