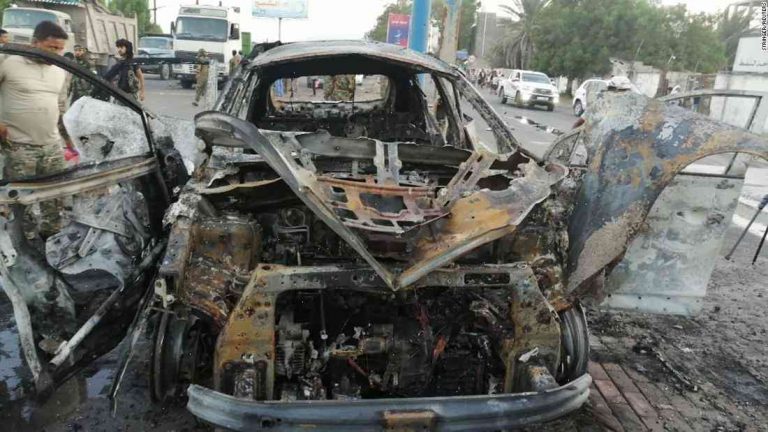 This article is over 1 year old

A pregnant Yemeni journalist has been killed in a car explosion in the capital Sana’a as intense air strikes and ground offensives continued on an offensive to retake the city from Houthi rebels, who control most of the north.

Sana’a resident Saeed al-Saeed said he was driving past an ambulance whose driver had been shot dead by gunmen, and the ambulance exploded.

Mohammed Reda, the deputy director of the ministry of information in Sana’a, confirmed the journalist’s death on Twitter.

Reda did not provide details on the journalist’s identity or what he wrote before he was killed.

A group of journalists in Sana’a said on Twitter that Mohammed al-Magarey, 26, a reporter for the Yemeni News Agency, had been killed.

Yemen’s conflict pits the government of the President Abd-Rabbu Mansour Hadi against forces loyal to the Houthis, who control the capital, Sana’a, and much of the north.

The conflict has pitted Houthi rebels against pro-government forces supported by a Saudi-led coalition since 2015.

The two sides have been locked in a fierce military campaign since July 2015.