A Chilean far-right presidential candidate is polling strongly heading into the final weeks of campaigning. On Sunday he was set to visit Egypt, the only country that elects its president without a runoff election…. 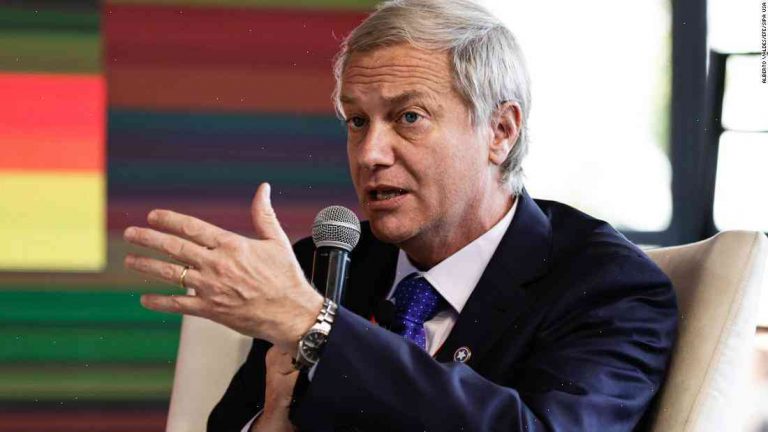 A Chilean far-right presidential candidate is polling strongly heading into the final weeks of campaigning. On Sunday he was set to visit Egypt, the only country that elects its president without a runoff election. If he wins the June 5 election, he would be the first elected right-wing president in Chile since the military seized power in 1973 and put the late Gen. Augusto Pinochet in power. It will also be the first right-wing president since a return to civilian rule in 1990. In that transition, the left-wing coalition failed to finish above 20 percent in every election until just over a decade ago. For much of this decade, the country was locked in a power struggle between military officers and a representative parliament. That struggle culminated in a huge coup in the middle of the night on September 11, 1973. Gen. Pinochet staged a coup and was elected president that same day.

The likes of Sebastian Pinera, a former president of the Senate and current candidate for the center-right Christian Democratic Party, have boosted support for Chile’s hard-right forces since 2009. Throughout his political career, Pinera was seen as a puppet of retired Gen. Pinochet, who is now 93. Pinera’s wife, Elizabeth Prats, is also his former press secretary.

On the other side, a leftist populist is trying to win the presidency. Former president Michelle Bachelet became the country’s first female president in 2006. She struggled to unite all of Chile’s political wings. When she won re-election in 2010, with 72 percent of the vote, she promised to break the two-party system. The opposition called that a reneging on a promise made by previous presidents to set in motion a system that would encourage new alternatives. That did not materialize, despite her success at the polls.

Bachelet’s two-term presidency ended two years ago. She was replaced by presidential candidate Alejandro Guillier, a member of the Alianza coalition. Bachelet was not reticent about backing her former vice president. In recent weeks she broke with the center-left coalition, setting her sights on running for the presidency for a third time. She is also believed to be mulling a fourth-term presidency as well. Bachelet’s main rival in the June 5 election is Sebastian Pinera, the current president of the Senate who was first elected in 2006 and again in 2010. Many pollsters believe Pinera’s conservative ideals have moved the country rightward.

Pinera’s controversial proposal has been his goal to increase the amount of gold in the Central Bank. In his proposals he has said that any hike to be able to free the Treasury of debt obligations. Other proposals have included freezing social security and cutting taxes. Pinera has promised to cut tax credits on the first $34,000 of income. As a member of the Christian Democratic Party, Pinera would also drastically cut fiscal expenditures on education. Both Bachelet and Guillier have promised to raise taxes.

Under the centrist and left-wing alliance that won two successive elections, every candidate with a record as a military-imposed ruler was barred from running in the first round of elections in the country. This ballot comes with the words no popular vote. Neither candidate has called for the removal of Pinochet from the presidential palace, but Chile’s military faces an anti-retrieval initiative in the November election that would require them to remove Pinochet in order to participate in the next election.

The United States has historically had a low regard for Chile’s military rulers. In 1973, President Richard Nixon called Pinochet “one of the main international villains.” President Obama has recently endorsed the new government’s plans to relax some restrictions placed on retired Chilean generals in the country since the military seized power.

I am black and my boyfriend’s family is part Jamaican and part Haitian.