Imran Khan on CNN Imran Khan launched an investigation into whether Thai police tortured political detainees in a press conference on Sunday in which he accused the BBC of spreading lies about the act…. 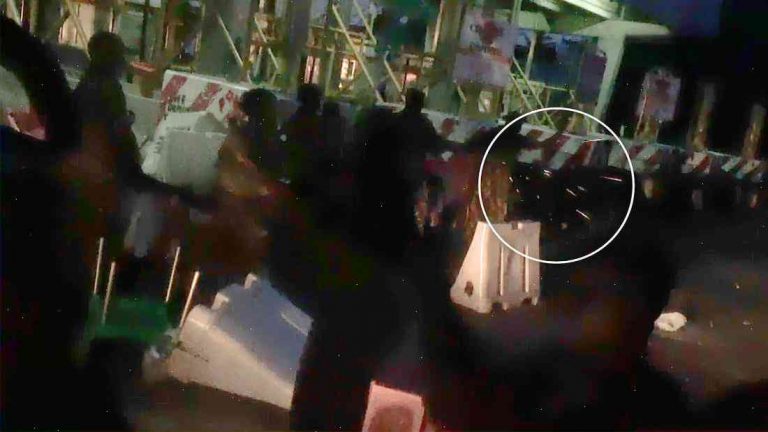 Imran Khan launched an investigation into whether Thai police tortured political detainees in a press conference on Sunday in which he accused the BBC of spreading lies about the act.

Mr Khan, the opposition leader in Pakistan, said there was a “dark side” to the Thai government which he blamed for the fatal shooting of three activists during an anti-government protest.

Under questioning from CNN’s Fareed Zakaria, he recalled how he filmed an undercover documentary in 2011 with his NGO Students for Liberty during which police are seen beating “negligent” individuals in Thailand’s jungle.

Mr Khan said footage of police violence was used to smear him.

The footage was released by his organisation, in September last year, to the BBC.

It came after Mr Khan appeared on the air to tell the story of his nephew, who was arrested in April 2011 as a result of the student protests.

When shown the video he said his heart broke for the Thai police, who he had hired to protect the students.

“It was hard when I saw the footage, because we knew as students who were being arrested, but there was no footage to show how brutal and savage they were,” he said.

He said if the Thai prime minister Narongsak Osottanakorn apologised to the families and the world over his actions, Pakistan would accept.

The footage in question includes a 3-second clip showing police taking an alleged protester, named Shaveed Aslam, into custody, and then apparently beating him with a wooden stick as Mr Khan recorded.

The clip then shows Mr Aslam waving a red-dyed rice bag, a symbol for the movement.

Mr Khan had not intended to show the video in the press conference, but had chosen to do so because he was hoping his own action would help to bring justice for the victims of the violence in Thailand.

After initially denying the allegations, the Thai police finally released a statement apologising to the families of the three killed protesters.

But Mr Khan accused the Thai government of having a “dark side” and said the group left the country because they had been threatened by police.

When Mr Zakaria asked him how many cases he thought had been “a hundred percent” falsified, he responded: “Exactly the number that we unearthed in the video.”