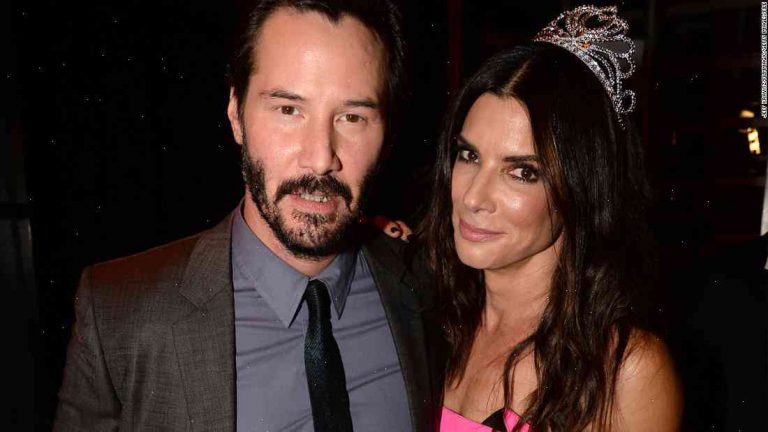 The duo have a thing for on-screen flings – despite being in showbusiness nearly two decades apart – and now Sandra Bullock has revealed she has an idea for how to turn the screw on her co-star Keanu Reeves.

Eschewing the cheery feminism of her Oscar-winning 2001 film, Thelma & Louise, Bullock told The Hollywood Reporter: “I was thinking about this while we were doing All About Steve. And I was like, ‘I have an idea for a scene: try and convince me he is attracted to me.’ You know, with the way we look? I’m not talking about the way he looks or the way I look. I’m talking about what the body language says.”

The 48-year-old also said of their relationship: “I’ve never been more in love with somebody in my life. I’ve never felt like I’ve had more fun on set.”

Bullock, meanwhile, is apparently heading straight back to the big screen after a brief hiatus from the industry with Ocean’s 8, a remake of 2001 heist film Ocean’s Eleven. The star will join an all-female cast including Cate Blanchett, Mindy Kaling, Sandra Bullock, Anne Hathaway, Rihanna, Sarah Paulson and Helena Bonham Carter. Bullock, who recently starred in The Perfect Match, may also have some ghostly involvement: she told ET she wants to meet with director Gary Ross to “put a face on a name”.