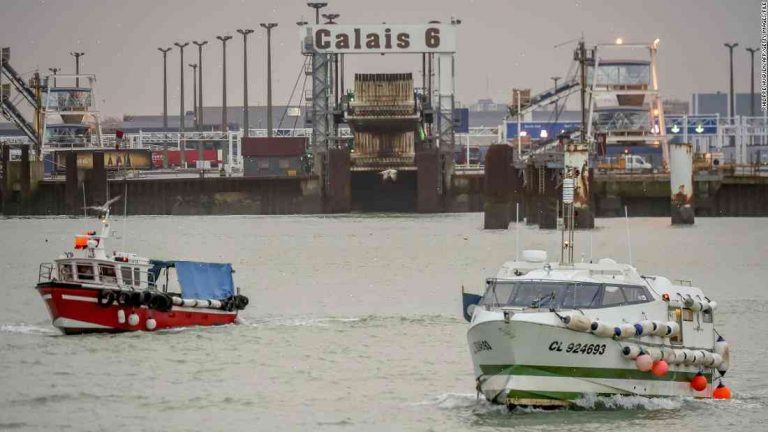 French fishermen say they will refuse to sell their catch or use the Channel Tunnel unless the British government buys their licenses to fish there.

A group of fishermen from the tiny Brittany community of Caen have already blocked a shipping channel leading to Dover and Calais, halting traffic.

Their action follows the scrapping in July of the EU’s common fisheries policy.

This has resulted in the Italian and Spanish governments buying up British fishing licences in protest.

The French government is still buying licences but it is far smaller, and fisherman say this has not altered the climate in which they operate.

Their argument is that Britain is benefitting from what would otherwise be France’s most important fishing ground.

The chief negotiator of the UK fishermen’s representative body, Oceana, Simon Thornton said: “We are fishing along the coast to France on a day-to-day basis from northern France, and if it goes the other way, it’s something we have to avoid.”

A spokesperson for Border Force on the Channel told the BBC that checks would “be carried out at Dover and Calais as is normal practice” and that “parole officers have been stationed at Calais and Dover to support Border Force teams” should it need to process some of the vessels.