Written by Roneka Lowe, CNN Writer Today, on Thanksgiving, people all over the world are thinking of the people whose lives are not — but should be — better and kinder. In Congress, there… 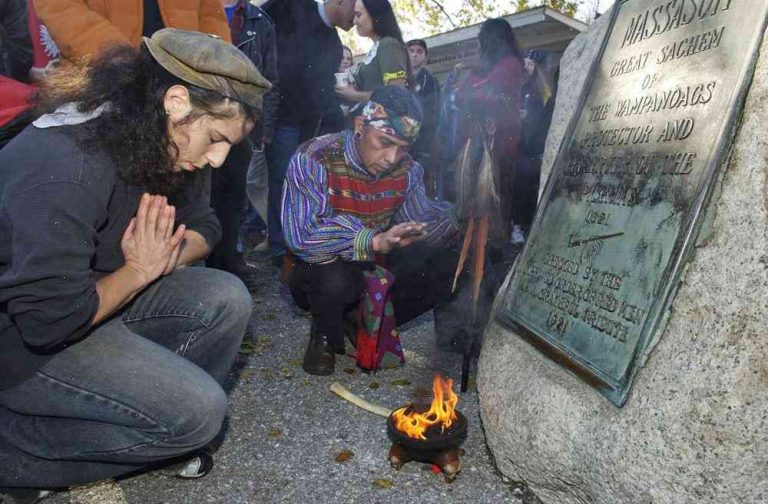 Today, on Thanksgiving, people all over the world are thinking of the people whose lives are not — but should be — better and kinder.

In Congress, there is a group of men and women who don’t think that way — who deny the historic reality of African Americans and other people of color. In the White House, there is a president who refuses to recognize the reality of a country that represents half of its people.

At hundreds of places of worship across America, sacred ceremonies are taking place, singing about the blessings of Thanksgiving: prayers of gratitude, love and compassion.

Kelaine Yokoi, director of public relations at the Smithsonian Institution, presides over ceremonies at the national museum.

But these words belong to the Pilgrims, here in the museum, too: Where is the brotherhood of man in Native American national traditions?

E pluribus unum, as they say — out of many, one. Once the descendants of fierce enemies became allies in one-nation living. And now we are clear on which people’s voices are heard and counted. I heard them both.

According to tribes and other groups from around the United States, however, the one-nation myth “presents slavery as a positive, not a negative, experience for enslaved peoples, but hides its ugliness and its horror.”

The One Nation under God becomes but a supremacist myth: “How can you become one nation when you are not one people? You have one people but you have different peoples within that people.”

The Pilgrims, too, were separate people, said Nadine Crowder , a Lincoln Village Luster Timber breeder in Georgia and member of the Jamestown Settlement Board, an organization of Americans from all over the world involved in the history of America.

“Native Americans were originally untamed, uncivilized people … yet, here we are, together. There’s a misapprehension, maybe you might say, amongst native Americans,” Crowder said, during a ceremony at the Smithsonian’s National Museum of the American Indian , an institution dedicated to the stories of American Indians.

Shelton Crowder, a descendant of the Cherokee tribe, says not to confuse the nation of one nation with separatism. Credit: iStock

American Indians are different, said Shelton Crowder, a descendant of the Cherokee tribe, during a ceremony at the museum.

“The Native people are a different race. And yet, we live together, we mingle, we hold hands, we love, we talk, we share meals, we dance, we feed each other and we are one people,” she said.