It’s mid-October, which means the temperature is still dropping and the nights are getting darker. Things are certainly not looking up on that front, but with the holiday season coming, alcohol is making a… 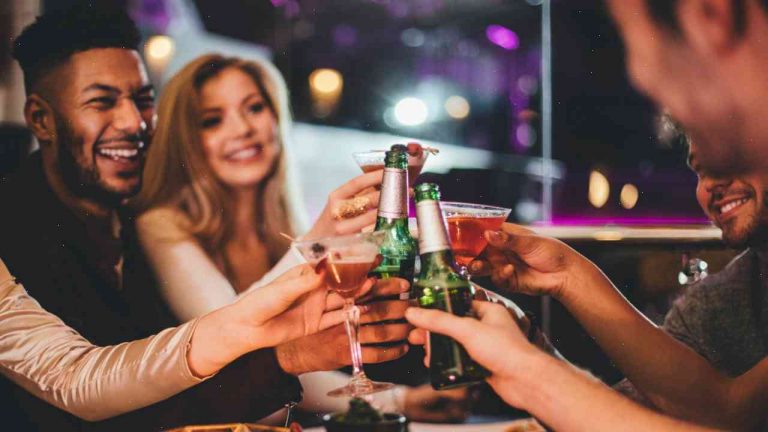 It’s mid-October, which means the temperature is still dropping and the nights are getting darker. Things are certainly not looking up on that front, but with the holiday season coming, alcohol is making a return. It’s not just booze we drink, and as luck would have it, the golden age of festive season drinking has come to an end. Many of us looked forward to our consumption of alcohol to celebrate the end of the year, during which we would grab as much rum as we could with as many friends as we could muster. From Auld Lang Syne to Steinbeck’s Christmas, we were a drunken, drunk bunch at parties and in the pub.

The experience is now nothing more than something so ephemeral and feckless, many of us just write it off as trying to ease the pressure and exalt in anticipation. The mystery, if not the outrage, of the annual demand for another cup of apple cider has worn off, and we live in a world where alcohol is a mostly accepted necessity. And yet, some of us, still enjoying a sober Christmas, are doing our best to keep up the cheerful for 2016 and beyond. The problem is that by purchasing sugary stuff at every turn, we are digging ourselves deeper and deeper a financial hole and making sure that whenever the urge to drink returns, we won’t be able to celebrate in the way we used to.

And yet, drinking alone, as so many of us have done for years, has its attractions. For the first time in a very long time, alcohol now has a set seasonal price tag, and once again, shoppers are perusing supermarkets. They are searching for the perfect white wine or the enticing pink sparkler that will make the best of what snow flurries and frost calls for.

And sometimes, you just have to drink, even if you are sober. As much as we like the idea of cutting back, or even giving up on alcohol entirely, times have changed and we know what our predecessors understood, and what we almost completely forgot about – it’s a holiday and therefore time for drinking. The traditional slice of pie is left on the table (or in the crisper drawer), but you still drink a glass of red or a glass of white for the holidays.

And even with “adult” beverages, it can be very hard to order anything but cider and maybe a beer or two. But that doesn’t mean you have to limit yourself to anything. As with alcohol, you may have forgotten just how good a glass of red will taste. Or that a glass of dark chocolate liqueur will make you feel better than several cups of coffee. You may remember that a glass of prosecco, rose’ and pinot grigio are among the most enjoyable drinks around.

It’s also the best time of year to learn to make your own cocktail, or at least experiment with the ingredients in store. The season of warm fuzzy feelings and remembering the great times of a beer festival is upon us. As the crowds of new season pour in, you’ll get too busy drinking to think about ingredients. But it is once the servers start bringing out an assortment of sweeteners and syrups and sweet wines that your pleasant memories of crocheting will likely take over.

It’s also the perfect time to remember that alcohol actually can change you for the better, as much of it does to sober up young people or college students. Even if you are sober, and even if you have made the annual boycott of the typical punch bowl of Yuengling or Jolly Rancher, you will still have to drink enough to feel festive.

Just maybe, this is the chance for you to remember how much you love to drink. Just maybe, you will not need as much alcohol as you think.

After Federal employees are fired, state officials fear their companies will be next to go out of business