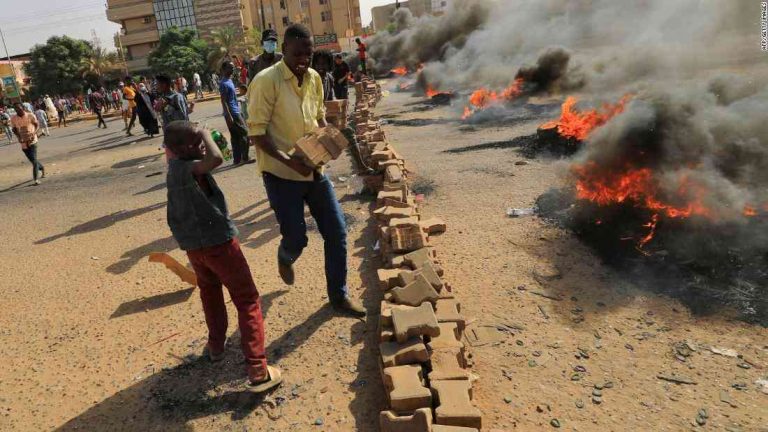 The Subeerat military battalion is located in far southern Sudan.

It is home to the Northern Brigade of Sudan’s armed forces. The Northern Brigade is one of the biggest and best trained units in the country. It supports the northern military in the south, the area of South Kordofan, and provides coverage for Sudan’s border with Egypt.

The battalion consists of about 6,000 men spread across 47 barracks, according to Northern Brigade’s Deputy Commander Lt. Gen. Jibril

As a multinational civil war erupted in 2011, the Northern Brigade deployed to the war-torn region to protect it from attack from rebel group Sudan People’s Liberation Movement-North.

On April 14, 2017, Lt. Gen. Jibril was in Riyadh, Saudi Arabia, for a visit with Saudi defense minister Prince Khaled bin Sultan Bin Abdulaziz, when his schedule was interrupted. The Saudi government immediately issued a statement saying they could not officially announce the appointment due to the deteriorating security situation in Sudan.

“The Northern Brigade was based on the Egyptian border and we have no concern for Egyptian territory, but when you come to Sudan you have to worry about that, because southern Sudan is 50 miles away from Sudan and three miles from the Egyptian border,” Jibril said.

“The Northern Brigade officers came to Khartoum, to the general command office and they said the northern border is very difficult and, God forbid, there will be an attack on the Sudanese security forces, the Sudanese army, by the army of the Sudan People’s Liberation Movement,” he said.

Conflict in the area escalated dramatically, according to Mr. Jammeh.

Tensions in the area peaked on July 1, 2017. A faction of the SPLM-N entered the area known as Golo, east of Paluch in the middle of the day and fought with Sudanese soldiers, burning a number of military vehicles, according to military sources.

Gadiel is one of the leading commanders of the SPLM-IO and is also one of the group’s leaders.

In the aftermath of the skirmish, Gadiel was crowned the Sudanese second vice president, and in October the Southern Sudanese Interim Government, or SSPIG, announced the rebels’ surrender.

“We followed Gadiel’s instructions, accepted his surrender and we left him in the hands of the SSPIG,” said Mr. Jammeh.

Since the “release,” Gadiel has tried to forge his own faction of the SPLM-IO, which is not recognized by the SSPIG.

On May 21, Gadiel accused the SSPIG of killing his guards. On May 25, soldiers loyal to SSPIG shot him five times in the head in a remote area in Sudan.

“So Gadiel went back to the northern areas. He resigned himself and threatened to resume the fighting, and the SPLM (Internally Displaced People) and a lot of the people of Sudan’s tribes were happy,” Mr. Jammeh said.

Sudan is home to about 30 million people who have been stripped of their land and livelihoods.