Emma Hayes, the former England and Chelsea striker, has led a call for equality in football with equality campaigns launched today in her home town of Chesterfield. The Sky Sports and former England manager… 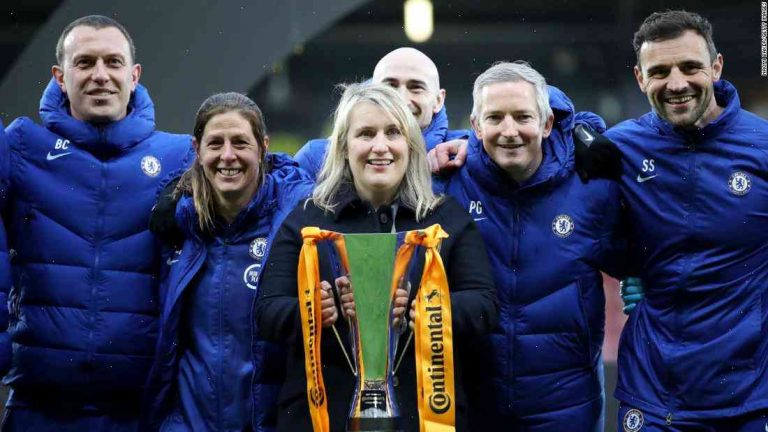 Emma Hayes, the former England and Chelsea striker, has led a call for equality in football with equality campaigns launched today in her home town of Chesterfield.

The Sky Sports and former England manager has called for women and girls to be represented in a greater way on top men’s clubs and in Fifa. She wants change to start in grassroots level, saying: “I think the knowledge of the game is being traded on, and boys are buying into it.”

Hayes has set up an online petition to give a voice to women in football, and who play its equivalent, women’s football. Other organisations involved include the Royal Bank of Scotland, Visa and the Women’s Sports Foundation.

She said: “I think there is a real urgency. The level of education has improved but education is not enough. We need to influence Fifa. Until we get Fifa to set the standard, Fifa is not on the side of women and girls.”

Hayes insists women in sport do not need to act as “bridesmaids”, or win prizes like men, but has urged politicians and civil servants to offer money to help fund equality campaigns in schools.

She said: “We are representing the voices of women and girls. We do not need to ask for a dream of being anywhere near as good as our male counterparts; it is as simple as drawing up a dream of what we would like to achieve and putting it into action. We need to start from the beginning and follow our dreams. We need to prepare our kids, like football. This is what we are doing in our homes and in schools. If we can instil that in our kids then we can also have that same ambition in our society and our politics.”

Her vision is that, by 2024, girls and women play the equivalent of all professional men’s teams in the world. Hayes added: “This is where we need the funding and the awareness, and it has to start at the grassroots level. I don’t want my kids to wait until 2022 because then they are going to be playing in isolation.”