(CNN) — We’re putting a halt to our unsuccessful efforts to get a breeder in China to legally transport (and hug) our dog, Elizabeth. About two months ago, our beloved Daisy fell ill. I… 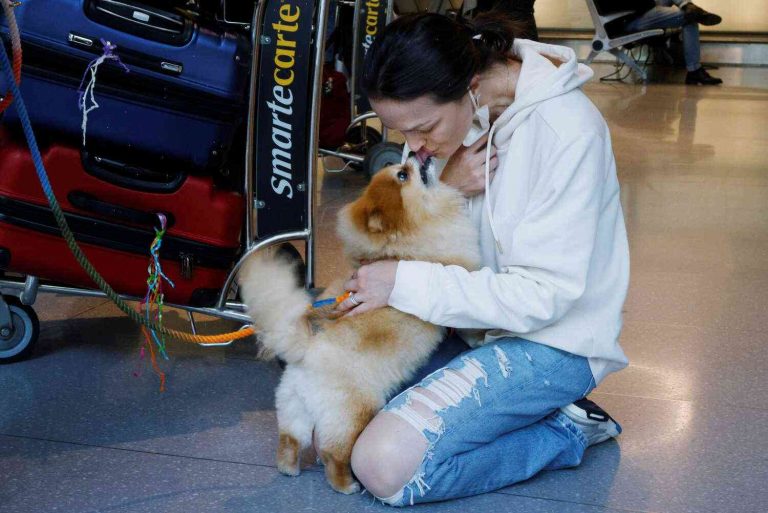 (CNN) — We’re putting a halt to our unsuccessful efforts to get a breeder in China to legally transport (and hug) our dog, Elizabeth.

About two months ago, our beloved Daisy fell ill. I didn’t know it at the time, but Daisy’s impending death could have been delayed if we could have brought her to her breeder’s house in China in early March.

We contacted Chinese animal rights groups and tried desperately to find a solution.

On March 6, almost a month before Elizabeth’s scheduled arrival in China, we started a petition on Facebook. At the time, we were calling it “a last-ditch effort to make things right.” We just hoped that maybe, just maybe, there was a way to fly Daisy to the breeder of her dreams.

On March 12, we secured a meeting with C.D.C. staff and learned that Daisy was being held. We were informed we needed to make arrangements with our breeder to transport her via the spotty and remote Chinese airmail system — that would create a series of “arrivals and departures,” basically two separate airplane flights. It would be more costly and unnecessarily complicated.

While the staff was helpful, the situation just seemed insurmountable. It was even more frustrating since even one hour’s delay would have meant Elizabeth leaving the U.S. and dying in China.

So on March 20, we informed the Chinese office that we would no longer pursue arrangements for Daisy to travel to China and would soon contact the press.

As you can imagine, we received more than enough negative comments, threats and abuse, including death threats, following our decision. We knew we had to pull back, take a breather and think about how to move forward in a way that would honor Daisy’s life and help hundreds of other animals.

As scary as we felt, we spent hours researching legal options, debated how many protestors we could withstand and began planning for how we would publicly make it known that Daisy was in distress and was not living the life she deserved.

So a couple of days ago, C.D.C. reversed its policy, and has informed us that Daisy is now being taken to her breeder, which will be completed Tuesday. We will publicly announce the joyous moment as soon as Daisy is back home.

Thank you to each and every one of you for your amazing support throughout this process. It meant the world to us and even more so to Daisy.